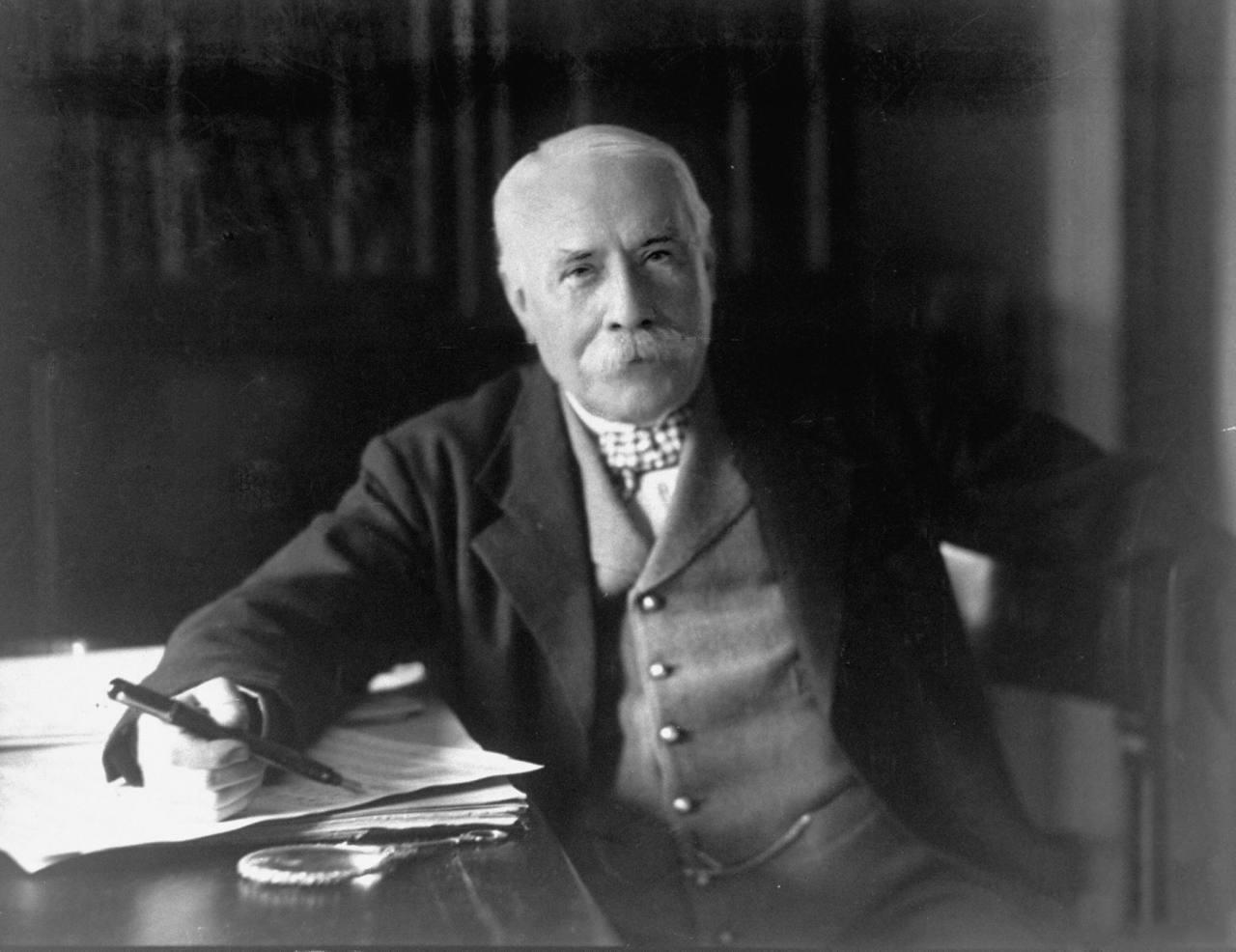 Edward William Elgar was born on June 2 1987 in Lower Broadheath, a small village near Worcester, England and was the fourth of seven children. His father William was a piano tuner by trade and owned a music store where he sold sheet music and musical instruments, as well as being a professional violinist. His mother Ann had a keen interest in the arts and encouraged an interest in music within all of her children. Elgar spent many hours with his father, and by age 8 he was taking both piano and violin lessons, though he also taught himself to play other instruments. He began composing at the early age of 10 when he composed the music for a play written and performed by the Elgar children.

Elgar attended the Littleton House School until the age of 15, all the while studying every music book and organ instruction manual he could get his hands on. He learned German in the hope that when he finished school he would further his violin studies at Leipzig Conservatory but his father was unable to afford to send him. Elgar took up a position as a clerk at a local solicitor’s office which he disliked so spent every spare moment reading. It was around this time that he first performed in public as a violinist and organist.

After just a few short months at the solicitor’s office Elgar decided to embark upon a musical career, teaching piano and violin as well as helping out in his father’s store on occasion. Elgar and his father were both active members of the Worcester Glee Club and it was here that he accompanied the singers on violin, and composed works. It was at the Glee Club that Elgar received his first introduction to conducting. Adolf Pollitzer, from whom Elgar had received a small number of formal lessons earlier, encouraged the young man to pursue a career as a violin soloist but having heard the caliber of violin virtuosi at concerts in London Elgar felt his skill as a violinist was not good enough. As a result he abandoned the idea and took up conducting instead.

Elgar’s first post as a conductor was once a week at the Worcester and County Lunatic Asylum located in Powick near Worcester. The band was made up by attendees playing various instruments, all of which Elgar became familiar with over the 5 years he worked with the instruments, writing music that suited the odd mix. Elgar was also professor of the violin at the Worcester College for the Blind Sons of Gentlemen. Elgar played a variety of instruments whenever he got the opportunity to do so, including the bassoon as part of the wind quartet his brother Frank was the oboist of. It wasn’t until 1880 that Elgar was able to take his first trip abroad, visiting Paris, and then Leipzig just 2 years later. During his trips he took every opportunity available to him to attend concerts in which top rate orchestras played the likes of Schumann, Brahms and Wagner. Schumann became a fast favorite with the young composer/conductor.

During his visit to Leipzig he visited Helen Weaver, a friend who was attending the Conservatoire and the two became engaged in 1883. The engagement was broken off the following year and Elgar was very sad, which is reported to have been evident in some of his romantic music compositions in years following. In 1882, seeking to gain more orchestral experience, Elgar took up a position playing violin with William Stockley’s Orchestra in Birmingham and for the next seven years he would play in every concert performed. In December 1883 the orchestra performed one of Elgar’s compositions for the first time. Though it was a boost to his career to finally have his music performed the road to recognition as a composer was often hard, and despite numerous trips to London to try to sell his compositions, most of them fruitless, Elgar was often low on funds.

It was at the age of 29 that Elgar met the woman who was to become his wife. Alice Roberts became a pupil of Elgar’s and despite being eight years his senior the two married three years later, much to the horror of her parents who considered a musician beneath her. Alice dedicated her life to being his business manager and social secretary, doing everything within her power to get her husband the recognition she felt he deserved, though her tireless efforts brought only mediocre results at best. It was upon Alice’s suggestion that the Elgars moved to London to be closer to the music world and Edward devoted himself to composing full time. Their only daughter Carice was born in 1890 at their West Kensington home. In 1891 the family was forced to return to live in Worcester so that Edward could earn a living once again as a conductor.

Though it took considerable time and effort Elgar began to build a reputation as a composer during the 1890’s, with several pieces being performed publicly. Critics began to accept him as a composer of note although their reviews were often polite rather than enthusiastic. He was now in demand as a festival composer but his inability to make any significant income from his composing made Elgar depressed. His friend August Jaeger, in an attempt to cheer Elgar up, told him “Your time of universal recognition will come”. Jaeger was correct and in 1899, at the age of 42, Elgar wrote the Enigma Variations which were then premiered in London, conducted by German Hans Richter. His work gained positive reviews, being praised for its originality, charm and craftsmanship, and finally Elgar got the recognition he had long sought, being dubbed the British composer of his generation. On the heels of his newfound success music lovers eagerly awaited Elgar’s next works. He was knighted at Buckingham Palace in 1904. Elgar is probably most easily recognized for his Pomp and Circumstance Marches which are still played often today, most notably at notable events such as graduations and at Britain’s yearly Last Night of the Proms. 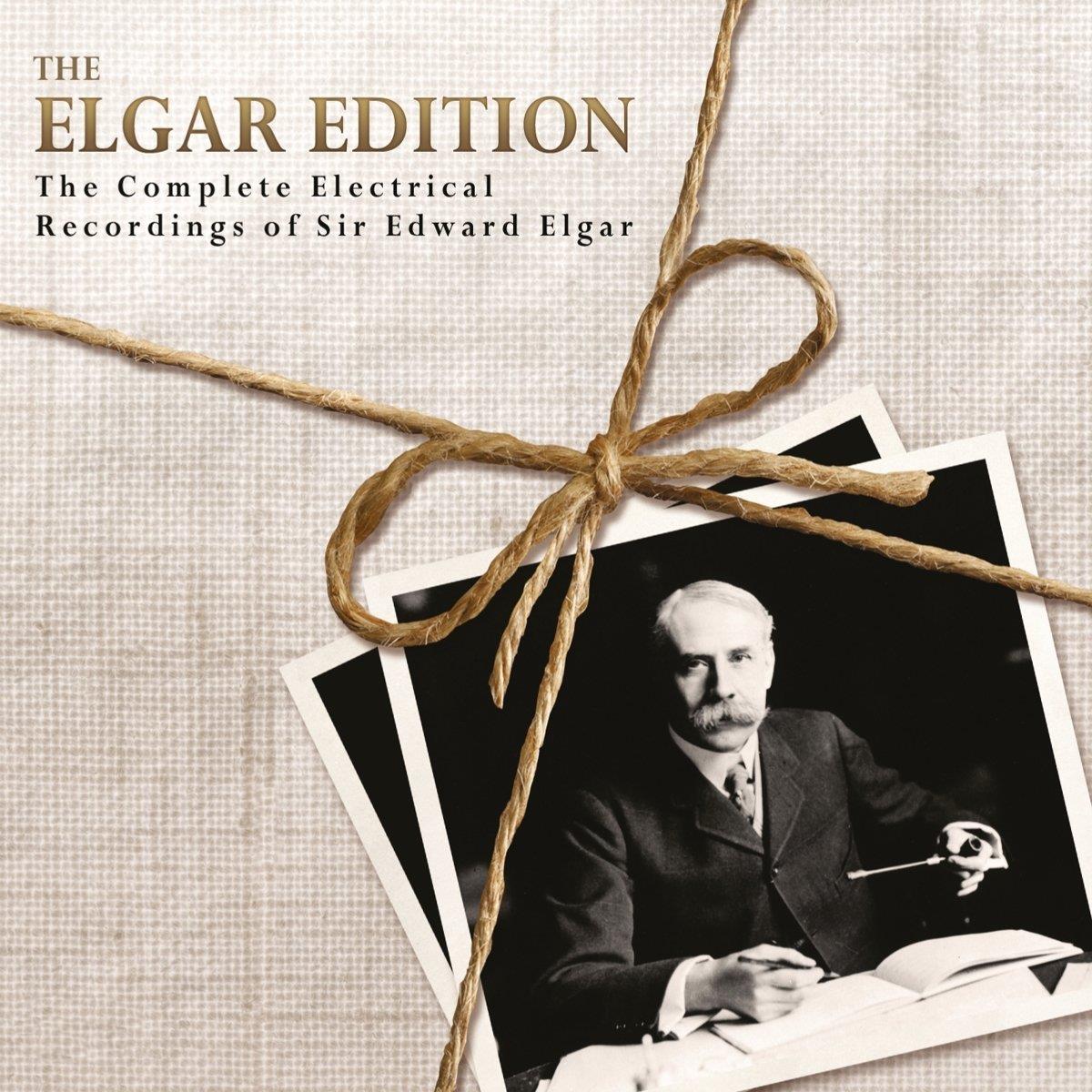